Ahaha…I guess I kinda went into another unannounced hiatus, didn’t I..?

*ahem* I’m gonna try to do better…sorry about that!!

Anyway, for August-September, I’ve read through sooo many creative stories! (Honestly, I’m starting to get jealous of everyone’s writing skills!)

Now…on to the winners!!!

Congratulations Marie!!! Your prizes: A sneak peek at Mute and a collage made by me for the story you enter!

Congratulations, Issabelle! Your prizes: A sneak peek at Mute, a collage made by me for the story you enter, and a customized email signature!!

Now, are you wondering who first place belongs to?

Are you shivering in anticipation?

Then why don’t we find out who our winner is?

Congratulations, Katherine!!! Your Prizes: A guest posting on my blog, a sneak peek at Mute, a collage made by me for the story you enter, and a customized email signature!!!

Now, why don’t we grab some popcorn, settle ourselves in a comfy seat, and enjoy the story that Katherine had put together! 😀

I stood at the edge of the ancient castle ruins and scanned the area. This was it. This was the place. I would build my own kingdom from these ruins, and it would begin now.

Striding toward one of the large stones, I felt a slight breeze toss my light-colored hair. I closed my eyes and soaked in the moisture from the damp air. I envisioned what the castle and kingdom built from ice would look like. Then, opening my eyes, I lifted my hands and let the ice from my fingers accumulate on the rock. I packed ice on ice to the ruins, creating the castle of
my vision, lost in my world of frozen crystals.

“What are you doing?”

I abruptly turned to yell at my intruder, but a gasp escaped from my mouth instead. Standing there amongst the stone ruins was a guy a couple of years older than me with blazing eyes and a fiery skin tone. He was the most handsome man I had ever seen. But seeing him here caused the ice inside me to surge. The desire to freeze him into a statue overwhelmed
me.

“What are you doing here, Blazon?” I stared at him coldly.

“I was looking for you.” His eyes were soft, and it made me even angrier. It took all my strength to not throw hail on him.

I scoffed. “Yeah, right. Like I’m going to believe that after it’s been three years.” I turned and resumed the work on my ice palace.

There was silence for a moment, and I briefly wondered if Blazon had left.

“I’m going to create a kingdom from these ancient castle ruins. I will rule. Everyone will do as I say.”

Blazon laughed. “You can’t build a kingdom from castle ruins.”

Ice shot from my hands forming a tower onto the castle. But before I realized what was happening, a ball of fire sped past me, crashed into the ice tower, and melted it in a heartbeat. Ignoring Blazon, I created a new ice tower in place of the one that was burned.

A ball of fire melted this one as well.

I tried again, and another ball of fire burned my ice.

Blazon and I continued this cycle three more times before I finally spun around and shouted, “Will you stop doing that!”

Without thinking further, I threw an ice blast at Blazon. He, of course, combated my ice with a ball of fire.

“Why are you melting all my ice?” I asked, stomping my foot on the ground.

“I told you—you can’t build a kingdom from castle ruins, especially one made of ice. It won’t work. And why do you have to be in charge? Why do you want to control people’s lives?”

“Because I care about you, Frostina.”

His response made me angrier than I already was. I threw another frozen blast at him. With a swift wave of his arm, fire met my icy blast halfway.

“Go away, Blazon! Leave me alone before I freeze you.” I raised my hands higher. Surely he could see how furious I was.

I expected Blazon to lift his hand, but he didn’t. Did he think I wouldn’t actually use my ice? Because I would in a heartbeat.

I searched for the flame burning in his eyes but could not find it. Did he see the chill freezing in mine?

When it appeared he wasn’t leaving, I threw an ice shard at him, but he threw a firebolt in return. I gritted my teeth at his counterattacks.

“Why are you angry with me?” he asked.

“You said you loved me, but you lied.” Another ice shard destroyed by a firebolt.

“You did lie! If you really loved me, you wouldn’t have left me here alone. I haven’t heard from you in three years.” I raised my hand, prepared to throw another ice shard yet again.

I let my hand drop, waiting to hear what he had to say.

“I had no choice. I had to leave. After I accidentally set my bedroom on fire, my parents sent me away to control my powers. I never wanted to leave you.”

I glanced away, processing what he told me.

He continued. “I never lied about loving you either. While away, you were the only thing I thought about. I worked really hard to control my powers just so I could come back to you.

I gazed into his eyes and saw a flame burning out. What did it mean? Did he truly mean what he said?

I took a deep breath. “You never told me why you left.” I stiffened. “In fact, you never sent any word on how you were doing or asked how I was doing. It was total silence from you. You left me wondering if you had fallen in love with someone else.” Ice surged within me and gathered at my fingertips. All my emotions came crashing at once. All the hurt I had felt for the past three years rose to the surface and escaped as massive ice hurled in the air to strike Blazon.

But more than midway, it collided with a bright fireball and exploded.

I stepped back and regained my posture when the explosion had cleared. If I had any heat, my cheeks would have turned red just then. I dug my heels into the ground and released another ice block.

Once again it exploded when it crashed into an immense fireball. I kept on throwing ice shards and each time they were destroyed by flaming bolts. I would take a step closer to Blazon and shoot ice, while he would take a step closer to me and shoot fire. Until finally, he was right in front of me and grabbed my hands. I tried to freeze his hands, but he melted my ice.

I tried to pull away, but he held my hands firmly.

“I guess it never crossed my mind to send you a message. I am truly sorry. Forgive me.”

How could I forgive him after what he had done—after all the hurt and pain I had endured for three years? No! I wouldn’t forgive him. He would freeze in my power if it was the last thing I did.

An icy hurricane spun around me. The wind picked up and began to blow small crystals. Ice formed at my palms, and I pressed my hands harder against his.

Then our eyes met.

I saw a flame in them this time. However, the flame in his eyes was soft, like a gentle fire, crackling in the night. They expressed something I hadn’t seen in a long time. Gazing into them, I felt love burning through me. I never wanted to lose sight of his eyes again.

The ice at my palms melted, and the wind died down. A small tear trickled down my cold cheek.

“I forgive you,” I whispered.

Blazon loosened his grip on my hands, pulled me closer, and kissed me.

It had been a long time since I was in his arms. I wasn’t in any hurry to leave.

Now, wasn’t that such a great story, y’all? I definitely enjoyed it!!!

Remember that Google Chat/Hangout that I talked about at the end of this post? If you don’t, that’s just fine! I’ll just give y’all a short summarizing recap! 😉

So, basically, Shruthika and I had made this Google Chat/Hangout for ALL Ascendance Series fans out there!! You can be a viewer, follower, commenter, etc that just loves the Ascendance Series as much as us! Just click this link over here and voila! You’ll just be fangirling/fanboying (sorry, I don’t know if that’s a word…) with the rest of us!

Just so you know, we do NOT want any spoilers to the series in the chat (just in case there might be people who’ve only read the first one or two books of the series). If you ever feel the need to just blurt out a spoiler, just send it privately to either Shruthika or me so that you don’t spoil the fun for anyone. 😀

So… Guess how many people joined?

But you can change that! You can share the link with any of your friends who are just as addicted to the series as us! And while you’re at it, you can join in the fun too!

Again, soo sorry for the long wait for the results AGAIN! I just keep procrastinating so much and whenever I get the motivation to start posting again, homework is just a huge wall stopping me for doing that.

But I’m sure I’ll be back again with another post! 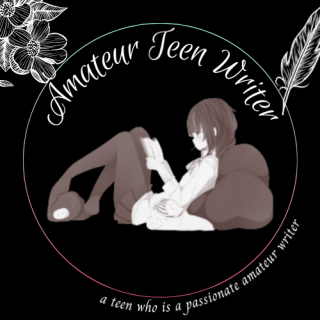